La Naissance d’une Nation – The Birth of a Nation (written, produced, and directed by Nate Parker) 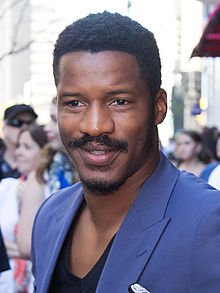 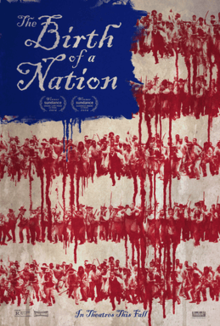 The Birth of a Nation is written, produced, and directed by Nate Parker, who also stars as Nat Turner. Parker wrote the screenplay, which was based on a story he co-wrote with Jean McGianni Celestin.[6]

Parker learned about Turner from an African-American studies course at the University of Oklahoma. He began writing the screenplay for a Nat Turner film in 2009 and had a fellowship at a lab under the Sundance Institute. While he got writing feedback from filmmakers like James Mangold, he was told that a Nat Turner film could not be produced.

The Hollywood Reporter said, « But what he heard instead were all the reasons a movie about Nat Turner wouldn’t work: Movies with black leads don’t play internationally; a period film with big fight scenes would be too expensive; it was too violent; it wouldn’t work without a big box-office star leading it; Turner was too controversial—after all, he was responsible for the deaths of dozens of well-off white landowners. »[7]

After Parker finished his acting role in Beyond the Lights in late 2013, he told his agents he would not continue acting until he had played Nat Turner in a film. He invested $100,000 of his money to hire a production designer and to pay for location scouting in Savannah, Georgia. He met with multiple financiers, and the first to invest in the film were retired basketball player Michael Finley (who invested in the film The Butler) and active basketball player Tony Parker (no relation). Parker eventually brought together 11 groups of investors to finance 60 percent of the $10 million production budget, and producer Aaron L. Gilbert of Bron Studios joined to cover the remaining financing.[7]

In November 2014, development was underway, and Armie Hammer joined the cast.[11] By April 2015, Aja Naomi King and Gabrielle Union joined the cast.[12] In subsequent months, Penelope Ann Miller, Jackie Earle Haley, and Mark Boone Junior also joined the cast.[13] Filming took place in Georgia in May 2015 and lasted 27 days.[7] Parker used the a cappella choir from Wiley College on the soundtrack. Parker had previously been part of a cast that portrayed historical figures from Wiley in The Great Debaters.[14